Determining if You’re Dealing with a Stalker 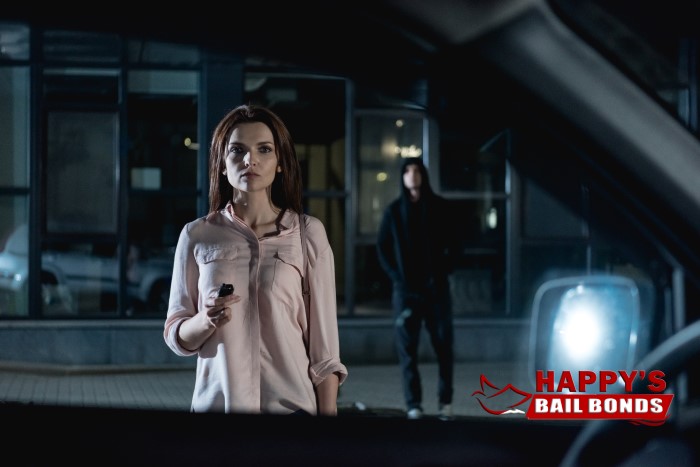 17 Dec Determining if You’re Dealing with a Stalker

Many of us assume that stalkers are something that only celebrities have to worry about, but that simply isn’t true. Every single day, there are reports of ordinary people being bullied, harassed, scared, and even killed by stalkers. According to Oxygen, 7.5 million Americans struggle to deal with a stalker each year. In 75% of those cases, women are the victims. The Bureau of Justice reports that in most cases, victims have a connection to their stalker, though the strength of that connection can vary from casual acquaintances, to former lovers, to blood relations.

Stalkers can pose a serious threat, which is why you want to alert the authorities and get the law involved as quickly as possible. The problem is knowing when someone is moving past the point of being irritating and start becoming a stalker and safety concern.

You Start Routinely Seeing/Encountering the Person in Random Places

Everyone has stories about how they constantly run into a person in random places. In many of these situations, the meeting is simply the result of two people who move in similar social circles and have similar routines.

However, if you constantly see the same person everywhere you go, such as the school when you pick up your kids, at the post office, in the same section of the grocery store, and when you’re walking your dog, it’s time to start paying careful attention to the person. If they appear to be watching you, or the encounters are happening multiple times a day or even a week, the repeated run-ins become a red flag that indicates the person is starting to stalk you.

Getting the occasional bouquet of wildflowers is a sweet gesture. Getting constant gifts, particularly from someone you’re not in a committed relationship with is a stalking red flag. This becomes even more true when the gifts are delivered anonymously or when they come from a person you don’t have a strong connection to.

If possible, try to block the delivery of the package. If that’s no possible, try backtracking the shipment so that you can learn the identity of the person who is giving the gifts.

While you can’t really go to the police and tell them that you’re getting unwanted gifts, you can and should alert trusted friends and family members to the situation.

It’s common knowledge that when your romantic interest starts to demand detailed information about where you were, who you saw, and what you did, it’s a sign that they’re going to be a problem and that it’s time to end the relationship.

The same is true when if a co-worker, friend, or even a family member starts doing the same thing. When the questions start to feel intrusive and inappropriate, it’s time to start putting some distance between yourself and the other person. Make it clear that you have boundaries that must be respected.

Most of us have social media accounts that we routinely update. Most of our virtual interactions are harmless, but they can provide a stalker with another avenue that they’ll use to manipulate and spook you.

Signs that you’re being stalked online include:

• The same person not only follows all of your social media accounts, but they constantly leave comments on every post you make and these comments start to become manipulative or intimidating.
• They frequently send you unsolicited emails and private messages
• The conversations become increasingly intense
• The person shows no interest in respecting your boundaries

Your instincts will usually provide you with the best indicator that someone’s behavior is passing normal parameters and is starting to exhibit stalker-like tendencies. If you sense that someone is a potential threat to your physical and mental safety, it’s time to contact the authorities.