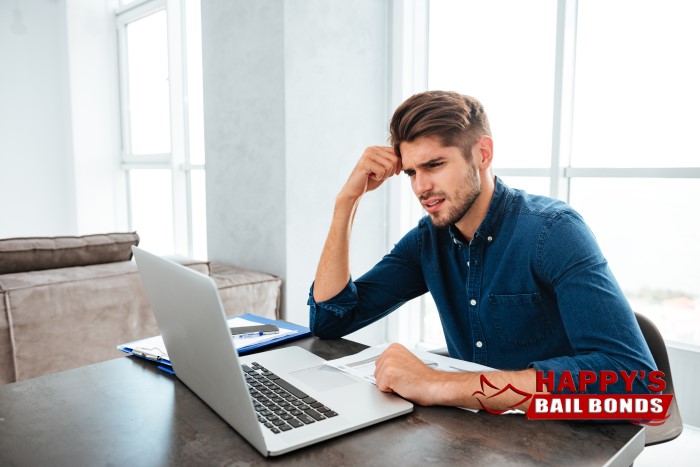 Bail jumping is something that many people talk about. While bail jumping is a concern for bail bond agencies, it’s not as common as many people think. However, if you have contacted Happy’s Bail Bonds in Bakersfield about getting bailed out of jail, we feel it’s important to let you know that bail jumping is an extremely bad idea that triggers serious legal and financial consequences. Individuals who have tried it, ultimately decided that they made a mistake and wish they would have simply followed the rules.

While the idea of evading court might seem like a good idea while you’re out on bail, we can assure you it’s not. You will be found and arrested. Even worse than being arrested is that now, in addition to the charges you were already dealing with, you’ll be charged with a failure to appear. There are very few defenses for an FTA charge.

In misdemeanor cases, an failure to appear conviction could result in you being sentenced to six months in jail, having to serve misdemeanor probation, and being fined up to $1,000. That’s in addition to whatever consequences you face from the original charges.

If you jumped bail while facing felony charges, a failure to appear conviction could result in felony probation, a year of incarceration, and a $5,000 fine.

Once you have a history of bail jumping, we won’t post a bail bond for you again, so you’ll have to stay in jail until your case is either dismissed, you take a plea deal, or you go to trial.

We have a team of recovery experts who have access to multiple methods of finding you if you jump bail which is why you really shouldn’t even attempt it. It’s really in your best interest to stay quiet and adhere to the terms of your bail bond contract.

We have a reputation for being a fair, kind, and considerate California bail bonds agency. In addition to excellent customer service, we also offer flexible payment plans, zero-interest payments, and even 20% discounts to qualified clients.